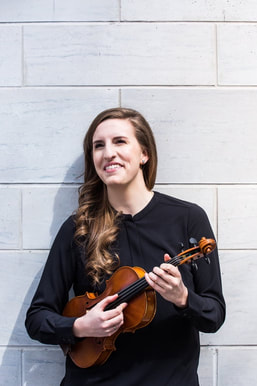 Photo: Annie Éthier
Intrigued by the violin, TJ Skinner (they/them) began studying music at the age of nine in their hometown of Victoria, Canada. Since then, they have become an engaging and versatile performer and educator, sharing music across America, Europe and Asia. 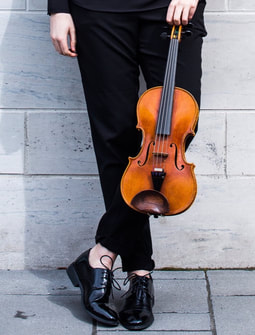 Photo: Annie Éthier
In 2006 at the age of 15 they were the youngest member of the National Youth Orchestra of Canada and since then they have had the opportunity to perform under the baton of notable conductors including Alan Gilbert, Robert Spano, Hannu Lintu, Ward Stare, Naoto Otomo, Andrés Cárdenes, Eric Jacobson, Edward Gardner, Janos Sandor, Matthias Pintscher, Alexis Hauser, Pablo Heras-Casado, Kent Nagano and Valery Gergiev.  A recognized leader, TJ has enjoyed the role of concertmaster with the McDuffie Center String Ensemble, the McGill Symphony Orchestra, and the McGill Contemporary Music Ensemble. They currently perform regularly with the Manitoba Chamber Orchestra and are a substitute violinist with the Montreal Symphony Orchestra. 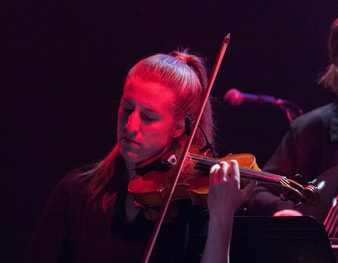 In 2015, TJ was the winner of the Canadian Music Competition (19-30 years strings category) and the Jeunesses Musicales du Canada’s Peter Mendell Award. They won first prize in the Prix d’Europe competition strings category in 2016, as well as third prize in the overall competition, and the Guy Soucie prize for their interpretation of a Québécois work. The same year, TJ won the McGill Chamber Music Competition with Trio Armonioso and they performed at the Salzburg Mozarteum. In 2017 they were a recipient of the Sylva Gelber Music Foundation award, and in 2018 they were a finalist in the Eckhardt-Gramatté National Music Competition.  Most recently they were named one of CBC’s “30 hot Canadian classical musicians under 30”. 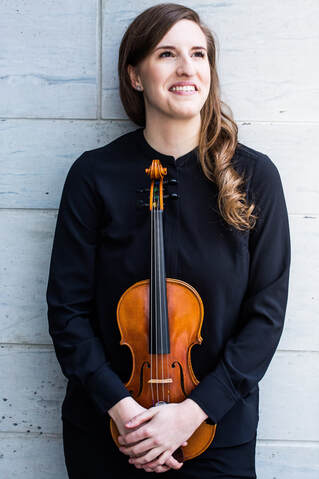 Photo: Annie Éthier
TJ graduated magna cum laude with a Bachelor of Music in Violin Performance from the Robert McDuffie Center for Strings at Mercer University in Georgia, USA. They also hold a Master of Music in Violin Performance and recently completed their Doctor of Music in Performance Studies degree at McGill University’s Schulich School of Music where they studied with Axel Strauss.  Their doctoral dissertation “An Authenticity Puzzle: The versatility of arrangements and their role in today’s musical landscape” explored the evolution of the arrangement from the 18th to 21st century, including issues of authenticity and stigma, and their relevance and importance today.  Through analyzing arrangements created for collectif9 and Trio Émerillon they examine the arranging process and the potential for finding solutions that balance what have historically been two mutually exclusive concepts: creative freedom in altering a work, and perfect authenticity.